The sun came out today, did you see it? My living room was bathed in a golden glow for all of five minutes – just long enough to highlight the dust and the odd bits of forgotten sparkle from the Christmas tinsel. Right! My next move is staring me in the face – get the duster… er…no….put the kettle on! Yes, yes, yes I know it would only take me ten minutes to run a duster over everything but guess what? I am CHOOSING not to do it. This ‘ere dust will still be around tomorrow…..’n that’s a fact! I saw a little plaque once which said: ‘YOU SHOULD HAVE VISITED LAST WEEK – I DID THE HOUSEWORK’. I wish I had bought it.

A Friday night, as I remember, was housework night when I was a girl. My oldest sister would be left in charge while mum and dad went out for the evening usually to the cinema – that was when  people like Edward G.Robinson, Bette Davis, Humphrey Bogart, Barbara Stanwick and Claudette Colbert were among the star attractions and Motherwell and Wishaw had at least seven cinemas to choose from.

We  were all assigned a specific task and big sister, who saw her role of ‘Kompaniefuhrer’ as a very responsible one indeed, took no prisoners when she made her final inspection of the camp! I was always assigned the bathroom – big job (hey! -no wonder I got flushed!) and armed with Vim, bleach, Mansion Polish (for the toilet seat!!) and elbow grease  I would attempt to render the smallest room in the house fit and fragrant enough to satisfy the most exacting standards. It didn’t always work. I detested having to ‘do that bit again’ but it had to be done- without question – or else!

And so Friday evenings continued to be my designated date with a duster (and a hoover, and a washing machine and a sweeping brush etc., etc.,) unless other events overtook, in which case……. there was always Saturday morning…… the point is, the work had to be done! I continued with this ‘self flagellation’ for years while the children were at school   (as was I – but of course a working mother had then to prove that she was capable of running a home and a family and making sure hubby was ‘well turned out’……… according to my mother a badly dressed husband was the fault of the wife! Mum used to buy everything for my father. She drew the line however at headgear – ‘I’m not standing down in that Co-op trying on bunnets!!..’…)

Besides the housework, the washing and ironing there was the baking, the mending, the schoolwork, the shopping, the Church going, the visiting, the hobbies, children’s activities, the entertaining etc., As time went on I began to realise that I had a choice. ‘Thou shalt do thy housework every weekend – or else!!’ was not the eleventh Commandment of God or even the seventh commandment of the Church. Housework could be done however and whenever I decided. Wow! I was actually beginning to think for myself……

To many of you, this sounds like it was  B.C …well yes it was –Before Computers, mobile ‘phones, internet shopping, emails, cars etc., so on reflection I think we did a pretty good job, don’t you? It certainly felt like we covered a lot more in the same amount of time as is available to us now.Why is that do you think? I most certainly do not have nearly the same number of chores as before and have more labour saving devices than you can shake a stick at so I have to ask myself: What are you doing with all the extra time? Have you actually counted the number of hours you spend in a week sitting down – watching TV, driving, ‘googling’, ‘Play-Stationing’, texting…..? Too many is the answer. Thank goodness I manage, each day, to fit in a good few stretches of the legs ‘twixt armchair and kettle.

Tempus certainly ‘fugits’, my friend, and I wish I could account, positively, for every last minute that’s been gifted to me. 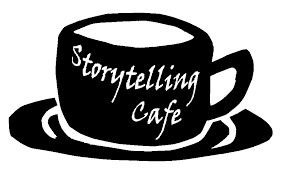 Johnny was inconsolable after his first day at his new school.

‘What didn’t you get?’ asked his anxious mummy.

‘The present – ah never goat the present,’ bawled Johnny, ‘she telt me tae sit beside Edward fur the present tae the jannie brought another desk ‘n’ chair…..ah goat a desk’n’ chair but ah’m still waitin’ fur the present…… ah’m no’ gaun back!’

time flies you cannot they fly so fast