I feel numb. The hubbub of the busy airport seems to be something of which I am not really a part. I feel  that I have wandered, unwittingly, into some great celebratory  fiesta. Dreamlike, I observe  the movement, the colour, the noise which seem to swirl around me at a great speed. Nothing touches me, no one acknowledges me.

The sea of faces is mercifully unfamiliar and I feel no anxiety, no apprehension, no involvement, nothing. But I soon become aware of the hundreds of couples of all ages, shapes and sizes……laughing, sharing, touching and I suddenly  feel very self-conscious, strange, incomplete. I ask myself what on earth am I doing here…….  or what am I doing here on earth…. without Hugh?

There is no escape  from this feeling of  loss and loneliness which pursues me no matter where I go. I can set out feeling calm and positive but even in the midst of family and friends, no matter the distraction, a great yawning pit can open up without warning  as reality seizes hold and I am pulled down into a murky depths of grief and self pity. Sometimes I am totally overwhelmed but sometimes I can stem the flow so I know I am dealing with it. I know that I have made progress. I am learning to acknowledge it as part of this ‘different me.’  I look the same yet I know I am different. Nothing around me has changed yet everything is different. People who know me look at me in a different way and I feel that difference. I know, I know I cannot change what has happened.

It has happened and this is what I must learn to accept. This is what May’s eyes say so eloquently, so sadly: There is nothing we can do about it, Maureen, this is the way it is ………’

Hugh was my strength, my rock, my unwavering support the wind beneath my wings.

When I am drowning in that big black hole, I panic, just as I panic when I attempt to swim. I desperately want to do it but I am so afraid of being out of my depths. Without Hugh I am out of my depths…..Out of the depths I have cried …………

‘I don’t believe this !’ Pauline is incensed – quietly of course. ‘I knew he was going on holiday but…..’

‘Pauline, he could be going anywhere in the world……calm down……. What does it matter anyway….’

Listen to yourself ! How many bosses have you had that you would have been happy to ‘get away from it all’ with? Weren’t they usually what you wanted to get away from?……….and do you plan to finish any more sentences with a preposition?………….

I look at Pauline’s crestfallen face…….of course it matters.

‘Pauline, of all the countries in all the world it is highly unlikely, darling,that he would be destined for Majorca.…………even if he is, there are so many different resorts to choose from….it’s not likely that you would land in the same place…………… and goodness me what are the chances of you both ending up in the same hotel…………’

‘The girls at work were teasing me about going on holiday at the same time as the boss………..I thought it was funny  at the time!’

It’s been a long day. Pauline snores gently alongside me as the traffic whizzes up and down the street immediately below. I try to sleep but the thoughts that have been keeping me awake at home have come along as part of the  holiday package. I find the night sounds distracting but not objectionable. I doze fitfully.Late night revellers give way to early morning workers and traffic in this unfettered continuum of noise. The shuttered windows exclude the light  as I ponder the events which have brought me to this new chapter of my life.

Was it just yesterday that Hugh and I arrived in Riva del Garda on our first Italian holiday? A fierce thunderstorm was in progress as the tour bus arrived at our destination. It was dark and it was wet. We were both thinking ‘What if it rains like this for the whole fortnight?!!’ We were weary and our spirits dampened by  weather which had threatened rain from Germany and the Black Forest. Distant rumblings came ever nearer as we approached Lake Garda. As if on cue, spectacular lightning illuminated the dramatic skies to herald our arrival. Anxious only to reach the shelter of the hotel and escape the menace of the forked lightning, we paid no heed to our new surroundings.We were  glad to shake off the long day’s travel and retire for the night. I remember trying to shut out the noise of the storm as I lay in the darkened room. Your snoring was a match at times for the rolling thunder but you were mercifully oblivious to the sounds of the raging tempest . I slept fitfully.

You had opened the shutters of one of the tall , elegant windows .

I had to shield my eyes from the brilliant sunlight that streamed through the glass as I walked out of the shadows to where you were standing, smiling broadly. I caught my breath.

I get up and push open the shutters. The sun shines brightly on the other side of the narrow street which is already buzzing with activity. Deliveries of beer and wine are being made at the back doors of bars and hotels  amid lusty exchanges of greetings and gossip. Shutters are being rolled up and sunshades pulled down. Shoe and handbag displays are being dragged out and arranged in their prime daytime locations. Some workers in a nearby building conversion are throwing rubble into the back of a dilapidated lorry which is preventing the smooth flow of traffic along the bustling little road. Drivers are furious. Giving way to anyone  is not on the agenda and so there is a grand impromptu opera of gesturing and yelling to be enjoyed by those of us with no axes to grind. Only the  sparky little scooters are able to  negotiate  the mayhem, rasping their engines to deliver noisy

rebukes as they go. The islanders are up and about their business and they don’t care who knows it. I am alarmed to see a very large dog standing on the narrow ledge of a first floor window apparently contemplating the scene below and I wonder what the suicide rate for dogs is in the Balearics. Maybe it’s mad………… or maybe it’s just not very pleased at the way its day has started.

‘Come and see this, Pauline.’ Pauline is tired. The flight had been turbulent from southern France because of severe storms and as we approached Palma our very landing was in doubt for a while. We held onto each other’s hand  and I could feel her anxiety. I was strangely unperturbed.

We had to wait hours  in the chaotic airport until some baggage handlers’ dispute was settled before we found ourselves at last on the final stage of our journey. It was too bothersome and too dark trying to appraise the island through the tinted windows of the bus.Tiredness, cold and hunger were beginning to overtake any feelings of excitement we had been experiencing earlier in the day. The noise of the tyres on the wet road  and the rhythmic swishing of the huge windscreen wipers seemed to mock all our efforts at finding our place in the sun.

‘What if it rains like this for the whole fortnight ?’ Now where had I heard that before………..

‘Just you wait till morning. Your dad never meant for me to see Spain in the rain …….let’s hope it all fell mainly on the ‘plane………’ Pauline managed a wan smile. For her, getting away from it all  was not going to be as easy as she thought.

What was it I had said to her about the improbability of her boss going to the same destination as ours ? Well, as we found out during our long sojourn in Palma Airport, not only was he travelling to 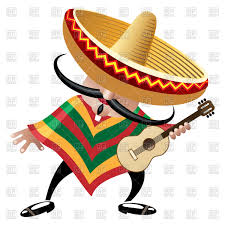 the same resort but as Pauline’s unbelievable luck would have it, to the very same hotel. Both of them laughed politely at this ironic twist of fate. His wife and I exchanged knowing looks and I could see a role developing for me on this holiday: that of ‘Chief Scout’……. I have little doubt that Pauline’s presence was a disappointment to him as well but to his great credit he was always polite and sociable whenever  we met, which was not very often for I was a pretty efficient scout!

That first morning in Majorca was crucial. Pauline was filled with dread at the thought of seeing ‘you – know- who’ over her muesli and I was just filled with dread.Our room was adequate but we were at the back of the hotel as I have described . A room with no view…….I toyed with the idea of asking for a change as I recalled the rooms we’d had in Italy.

Attired in our new shorts we  walked through the cool interior of the hotel in search of breakfast  – I went first as agreed. It was still early and there were few people about. Turning towards the front of the hotel and into the dining room I was taken aback by what I saw and gasped audibly. Pauline assumed that the enemy had been sighted and hesitated outside the door.

The huge doors had been flung wide to greet the new day and framed within them was the Mediterranean Sea reflecting the brilliant blue of a cloudless sky. Towards the horizon, the yachts of the wealthy littered the sparkling water, bobbing gently as they rocked and cradled their still sleeping occupants. Some early birds in motor launches and on jet skis were taking advantage of their quiet playground. Slicing easily through the super smooth surface of the sea, they decorated  its blueness with white foamy swirls and trails. The distant  sound of their engines was drowned out only by the gentle sound of crockery and cutlery being arranged on the terrace tables for breakfast.

Between the terrace and the beach  there was a pine fringed walkway accommodating the early morning pedestrian traffic. It was almost perfect.

‘Look at this, Hugh’ I thought as I drank in the panoramic view .‘You would have loved this moment.’

‘We must get postcards, Pauline. We must let Anne and Joe know that everything’s fine.’ I had already written Hugh’s in my head…….