Guess where I was today? Cobblers! I went to get my boots ‘heeled’ – I haven’t done that for years and I don’t think the shop in question has changed much since then.

‘ That’ll be £10 –  because of the size,’ said the man behind the counter unapologetically. I felt the indignation (more likely to be wind) rise in my bosom. I did not leap ( in my head )out of bed this morning to come down to my local town centre (more of which another time) to be verbally attacked like this.

‘He’s talking about the size of the heel – the block heel,’ whispered the Good Fairy, sensing my irritation. The assistant was trying to interpret the look on my face….. he presumed I was taken aback by the price.

‘Oh, I see….. sorry, I thought you were alluding to the size of my boots…..’ I remarked, forcing a tight smile.

‘That’s alright,’ interrupted The Good Fairy (size 3) trying, I think, to make him feel better, ‘ we tease her all the time!’ True.

It was a small counter in small premises and the boots seemed to be growing by the second. ‘It’s going to take an hour anyway,’ said the expert casting his eyes along the length and breadth of his new challenge and I fully expected him to say that he’d have to weigh them before imposing a surcharge….

Large feet ‘run’ in my own family ( better than noses, I suppose…)- and I would like to say we had a firm ‘understanding’ and tolerance of each other but more often than not, someone would put their ‘big’ foot in something ….. or worse than that, they’d go in with their two big feet!
Another downside was that sisters could ‘have a wee shot’ of your shoes and you’d never be able to say ‘ Stop!! They won’t fit you!’ as we were all around the size 7 mark.

When I was about fifteen I begged and begged for a pair of white boots. Fashion had changed by the time my mother relented but I got my white boots. I can trace my ocular migraines back to this time. Nobody had advised me about white – about how it ‘drew the eye’ and made big objects look bigger( for ‘objects’ read feet!) By the time I had walked from home to the bus stop I was dazzled each time I took a step and felt my feet had puffed up into giant marshmallows. There was no snow on the ground so I couldn’t even blend in…….nobody ever wanted ‘a wee shot’ of these babies either….. ’nuff said. So I begged and begged for black shoe dye………

My own two daughters take after their father’s side of the family ‘as far as feet go’, being a size 4 and size 3 respectively. On one occasion – Shoe Sale – we were asked for our shoe sizes by an eager young assistant

‘I’m a four and a half,’ said daughter number one.

‘Size four,’ I replied –  and he was off before I could add….’but I take a size seven for comfort!’  He was not amused.

When I was learning to drive, Hugh had taken me to a local industrial estate and was attempting to teach me some manoeuvre or other. I wasn’t doing too well. Clutching at any straw I decided to blame my footwear(!).’I’m wearing the wrong shoes, Hugh….. I should’ve worn a flatter heel… tell you what….. give me your shoes…….’ He did. The ignominy was – they fitted me!!  I wailed. Hugh laughed. We went home.

In the Sixties, no female under the age of thirty wore flat shoes -only men, people in uniform, and really forward thinking, sensible women. I didn’t belong to any of those groups so I pranced on in ignorance till the late nineties, early ‘noughties’ when my tortured tootsies began to rebel. Lower heels and wider uppers became the pre-requisites in the search for new shoes and I have continued to follow ‘in my own footsteps’ with that plan since. I am now not as tall as I was but my feet are much more comfortable now that they are in more sensible and safer hands!(….that’s one of my special yoga positions!…)

Footnote: My boots now look much smarter. The cobbler told me they should ‘last’ for a few years……. ‘An yer uppers ur good tae go an ‘a…’ he declared as I scrambled to find my ‘ticket’ which had to be handed over before the boots were released…… surely I wasn’t going to have to try them on, like Cinderbloominella to prove they were mine……..! 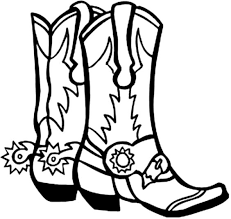 Jimmy went round to help his friend clear out his recently deceased mother’s house. She’d had lots of stuff and lots of it had to go.

‘What about this sweeping brush….?’ said Jimmy, heading towards the skip

‘Oh no, no, no,’ said his friend in alarm rushing to take it from him. ‘This is an antique – an heirloom….. we’ve had it forever. Mother told me it belonged to my grandmother – and I only ever remember her having to change the head twice and the shaft no more than three times’…….