‘The Straw that Broke the Camel’s Back’, as you know, gives rise to the phrase ‘the last straw’ or ‘the final straw’.

How many times have you uttered those words in your lifetime? Not as many times, I’ll wager, as you have in the past year. I’m not talking about personal or family ‘straws’, I’m talking about ‘public’ ones and I know I have declared more ‘last straws’ than you could shake a stick at (never quite understood that saying….must look into it..

.like one of  the dangerously large potholes that Motherwell Council are looking into………!!)

To be honest I have abused the ‘last straw’ expression many times when I now realise that I was/am merely exasperated…….eg., END_OF_DOCUMENT_TOKEN_TO_BE_REPLACED

Well, the Good Fairy and I have just spent the last forty minutes wrestling with a toilet seat. What a bum job!  I had already removed the ‘worse for wear’ one and cleaned the porcelain thoroughly, of course, before inviting her over to lend a hand. I’d been waiting to upgrade my throne for some time but decided that today was to be the the day –  no more putting it off, so, bagging up the old one I went out and put it in the bin.
Walking back to the flat, a terrible thought occurred to me…….well two actually. One, I now have no comfy seat on which to perch for ‘business’ (brrrrrrrr!!!) and two, have I used the
correct bin? Stress and more stress!
Now, we only have two bins: one black, one blue.
Yes, I said to myself, I’ve put it in the black one – household waste, food waste…..and now
…. a toilet seat (!)….
What if an inspector calls

to examine the contents of your bin ? How will you explain the large ‘doughnut’- shaped object if required to do so? It wasn’t in THE Letter on the list of disposable examples and where to put them –  was it ?……(if anywhere, it would have been right at the ‘bottom’, surely! ) Maybe I should go back and remove it….. put it in The Good Fairy’s bin perhaps (perish the thought) …..oh and by the way there IS someone ‘fly tipping’ into our bins and if I find out who it is…….

maybe I should save and use said redundant throne as a ‘collar of shame’ to remind them to ‘dump at their own convenience!’

What a load of rubbish this refuse collection has become, don’t you think? In the ‘olden days’ –

yes here I go again – we had two bins, viz., the dustbin and the ‘piggy, or swill bin’…. we were into recycling even then ….
All food waste went into the latter, 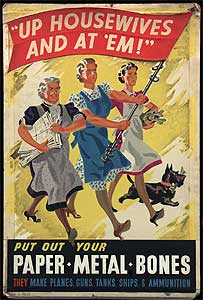 everything else, including cinder and ashes, went into the dustbin. Granted we had a lot less garbage eg.,packaging, to throw out back then (50’s/60”s) but we were aware that the food waste went to help the farmers, which was a good thing. Milk bottles went back to the dairy,

ginger bottles to the ice cream vans or local stockists (Norway has an excellent glass recycling scheme, by the way), cardboard and newspapers went onto home/garden fires or were saved for the neighbourhood’s bonfire and yes, I am aware of positive changes: air pollution has been greatly reduced by the smoke free zones initiative but apparently wood burning stoves are now a concern. There was no problem either about how bins should be ‘arranged’ for uplift at the kerbside. The ‘binmen’ or ‘cleansing operatives’

collected them from and returned them to, the back garden….. swinging a full bin in one ‘smoov moov’ onto their backs…….. oh those guys were fit! (…nostalgia ain’t what it used to be..!.)

Anyway, as I have already informed you, I have two bins:

one for household  and food waste (how is this progress?) the other for paper etc.,(and this I ‘get’).

Have I memorised the list of permitted paraphenalia  for each bin? No. Do I intend to? No. Am I prepared to go to the ‘Rehabilitation Centre for Recalcitrant Recyclists’ on a charge of ‘Breach of the Pieces’ or for ‘Unlawfully Attempting to Smuggle Wet Tissues out with Dry Ones” …. em yes, I am, for I am sure to find

many of my peer group, who, like me, search daily for answers to unanswerable questions and who are very much into ‘The Hereafter’……..  in supermarkets, in department stores and now in bin shelters mumbling in quiet confusion, ‘Whit exactly am I here after’…….

P.S.’The Good Fairy’ did lend a hand and the new throne was successfully installed. Job done … (yes, that, too, by the way!)…….. and no sign of a red sticker yet….

The pellet with the poison’s in the flagon with the dragon;
the vessel with the pestle has the brew that is true.