I swore to myself that I was done with all this! Writing, I mean….. ‘cos I’m becoming too frustrated to say exactly what I want and what I want to say is so ‘lumpy’ and jumbled inside me that I don’t know how or where to start ….. give me a few moments…..
Okay…. I still don’t know how to start but here I go…

Hello, boys and girls, I want to tell you a story……go no further.!… politically incorrect…tut tut!

Let’s try this.
‘The grey stone walls of the crumbling, old building rang

with howls of protest and cries of derision as opposing factions, papers waving like  metaphorical swords above their heads, burst, yet again, from the Great Hall into the haunted lobbies to declare and be counted as either friend or foe of their relentlessly defiant and jet-lagged leader…’….oh HALT, for heaven’s sake…. far, far too dramatic… (or is it?)

What about verse?…. ode, ballad, haiku…or something more fitting methinks….

‘There once was a P.M. called Treeser,

Whose Party tried vainly to please ‘er,
Even flexing her muscles
For two years in Brussels
Did nought to endear or appease ‘er…’…oh no! too flippant….bordering on the disrespectful some will say……but I’m on a roll……

‘Old Mother Treesamay….(well do you know a rhyming word for cupboard?)
Went to her cupboard,

But when she got there
(Could one take ony mair?!)

Just how will history record ‘The Great Debacle’ that is Brexit? I very much doubt that I’ll be around to read the definitive account anyway (er…would I want to?) and besides ….. how would I know that I was reading the whole truth? Who can be trusted (apart from Donald) to write a full and frank version of the comings and goings, the to-ings and fro-ings, the ins and the outs, the fors and againsts, the hards and the softs, the deals and the no-deals, the delayers and the….the… hurry-uppers, the ayes and the noes … ( all brilliantly topical for teaching ‘opposites’!) I know, I know. It is not one bit funny but, that’s because of what I am now…….…an cynic.

Let me enlighten you as to my status. I am a ‘Remainer’….. and if there is anyone out there still remotely interested in why I voted thus, I am about to tell you.
When I was summoned to the polls to cast my ‘leave or remain’ vote, I had no hesitation in choosing ‘remain’. Now, I had not studied or discussed the pros and cons with anyone. I came to my very own conclusion by my very own self and here are my rather naive reasons.
First, I was too aware of the extremely sad state of my own country and I thought it was not the time to be making such a huge decision. Better, thought I, to put our own house in  order. Secondly, our Parliaments had not proved to me that they were capable of good governance and thirdly peace in and with Europe was a major consideration. (It’s so reassuring to have neighbours with whom you can get along, don’t you think?

‘We were not given enough information at the outset’ – a monotonously regular complaint from many. Well, how much information would have been enough?
When you make a life altering decision, can you ever have enough information or assurance that you’ve chosen the right path? I mean, how many couples thought they were going to ‘live happily-ever-after’? No one can predict the events, happy or otherwise, that are in your future no matter how sure or well organised you think you are, so you try to be as sensible/ reasonable/ realistic/ unselfish etc.,etc.,as you can…….. prioritising and
compromising along the way. I mean you don’t fret over whether you should put a conservatory on your ‘falling-down’ house before treating the more pressing problem of rising damp, do you?

‘We were made false promises and told downright lies’- yet another moan. Em, you’re talking about politics and politicians here. I mean who in their right mind, puts poverty/ homelessness/ a failing education system/ a desperate health service/ global warming/ knife crime, to name but a few crucial issues, on a ‘to do’ list, takes on a ‘ginormous’
life changing proposition, throws it to a beleaguered nation to make the decision….(democracy or ‘blameocracy?’)…….. and then abandons the sinking ship? Would that be you, David?
Reminds me of another ‘brave’ fellow-me-lad, one A.S., who, hellbent on giving ‘his people’ Scottish Independence, failed in his attempts to rally a big enough ‘army’, divided the country nonetheless and soon after, tootled off!!…..Crivvens, jings an’ help ma Boab!…
‘Will ye no’ come back again, Alec…?’… promise?

And then there’s Mrs. May (such stamina!)….and Mr. Corbyn…but for how long?  Just watch this space……
Her name always calls to mind a) a well known shampoo and b) a joiner I had working for me some years ago, who, during one of his many coffee breaks, spoke proudly of his daughter, April.
‘That’s a pretty name,’I remarked, feigning enthusiasm, ‘is that because she was born in April?’
‘Nuh! May.’ he replied flatly, ‘Whit made ye ask that?
‘Emmm…… more coffee?’

We’ve had two years of to-ing and fro-ing from London to Brussels, (whatever happened to video – links?) interminable debates and discussions, news reports at every turn ….. I wait with excitement every day to see my new virtual friends, Laura Kuenssberg, Katya Adler, Reeta Chakrabarti, John Pienaar and (straight from Harry Potter!) Damian Grammaticus – such fantastic names!!…..and when my short attention span fails me I simply study their wardrobe/ hairstyles/ surroundings/ people who lurk in the background hoping for their minute of fame……..but I implore you attention seeking numpties….do not wave at the camera or grin like an idiot….. this is very serious stuff being reported every hour.We could be banned from The Eurovision Song Contest, for goodness sake! Your antics are at complete odds with the gravitas of these brave reporters……all of whom are among the worst sufferers of the most severe strain of Brexititis, so, have some compassion.

Mosie, for crying out loud, get to the point!!

My point is this. All this debating, arguing, voting, resigning, falling-out, back-biting etc., should have gone on in Parliament and in town halls around the country before asking the people to vote.
Every MP had a duty to ensure that their constituents were as informed as was humanly possible before triggering Article 50 and because the outcome will affect everyone in the country, Leavers and Remainers, a cross party committee, (proportionally and politically correct), should have been set up from the start to thrash out a feasible compromise.
But hey-ho, it is, now, what it is but I must acknowledge, that people in power, Church and State, have, yet again, let me down. However, there is no point in feeling bitter or revengeful. Nobody can say who is ‘right’. Only time will tell…… and still there will be differences of opinion ….. for that is human nature. Right now and for the foreseeable future, we all have a job to do viz., to make things work for everyone’s sake. In order to succeed in our efforts we must start by finding leaders par excellence for the momentous task ahead. It will be a struggle but please God, riot police will need play no part. Everyone is entitled to an opinion and entitled to speak out. But there must be order and balance. Listening is often much more difficult than talking so being respectful and civil to those whose points of view differ from our own, must be our priority. Is that an easy thing to do? Errr ——– no! But is it worth losing family and friends over? I think not.

( John thought he had at last found his ‘Miss Right’. Unfortunately he soon discovered that her first name was ‘Always’!…….( For ‘John’ substitute ‘Mary’, for ‘Miss’ use ‘Mr’…….depending on your audience…
How would it ever be possible for them to live ‘happily -ever- after’? Discuss.) 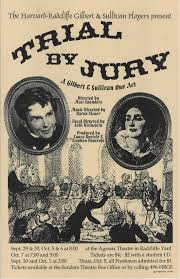 One thought on “MAY DAY! M’AIDEZ!”